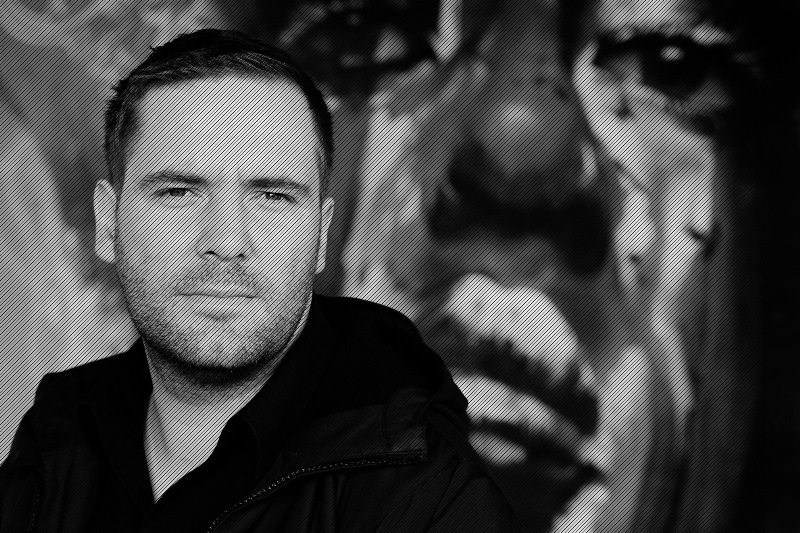 After a major heart surgery he began to paint more intensively and dealt more closely with art, in order to process this dramatic experience – and became COR.

Shortly after, he discovered the nocturnal graffiti world, which held him under its spell for years. As a rebellious teenager, he had many problems and was wanted for his illegal graffiti by the police which arrested him several times.

Despite these difficulties, he soon became the best sprayer in the Rhein-Main area. Companies began to offer him commissioned project work, especially for his Photo-real faces which had become his trademark.

During his subsequent studies of Illustration and Fine Arts COR painted large walls in over 15 countries, gathered numerous impressions and inspirations, and developed close friendships with other artists around the world.

Soon after he involved himself in social projects including painting in refugee camps for children as well as donating a huge amount for charity in a campaign together with Samsung Europe. This was followed by several donations by selling his art.

COR is currently working on large-scale canvas paintings, mixed media from brush to spray can, for which he developed his very own style. His artistic works in which he alienates photo-realism with abstract colors and shapes allow him to create mysterious portraits patched inside a different world of colors – compositions between aesthetics and the wild vitality of art.

Believing that “It‘s also the moral responsibility of an artist, to not only restrict himself to aesthetic and abstract works” COR currently also addresses critical issues facing our society such as injustice, hope, unity or freedom.

Even though COR already had appearances in single- and group exhibitions throughout Germany, his main gallery remains the street: The creation of big and spectacular murals (graffiti), for which he set new standards in various aspects, continuous to be his passion.